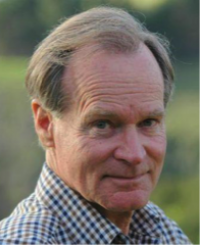 David Western has directed the Amboseli Conservation Program since 1967, looking at the interactions of humans and wildlife. His work led to community-based conservation based on the coexistence of people and wildlife. Western directed Wildlife Conservation Society programs internationally, established Kenya’s Wildlife Planning Unit, chaired the African Elephant and Rhino Specialist Group, and was founding president of The International Ecotourism Society. He is former adjunct professor in Biology at the University of California and director of the Kenya Wildlife Service, and founded the African Conservation Centre in Nairobi. His books include Conservation for the Twenty-first Century; In the Dust of Kilimanjaro;  Natural Connections: Perspectives in Community-based Conservation; Kenya’s Natural Capital: A Biodiversity Atlas, and We Alone. How Humans Have Conquered the Planet and Can Also Save it. He is the recipient of the World Ecology Award and the Life-time Achievement Award for Ecotourism.