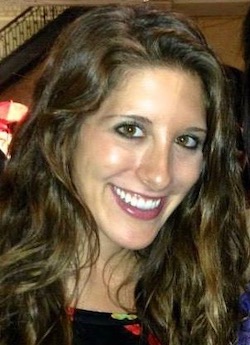 I knew of the CARTA Graduate Specialization in Anthropogeny through a friend before even beginning graduate school at UC San Diego. Originally, I did not plan on joining. Of course, I had only heard positive things about the training program, but I thought the time commitment might outweigh the benefits, and I was not sure how interested in the topic I would be. The study of human origins addresses truly fundamental questions of existence, and as a cellular/molecular neuroscientist, I was not sure I had the philosophical mindset I assumed was necessary to thrive in the program. In all of these assumptions and misconceptions, I could not have been more wrong.

I signed up to take the Introductory Anthropogeny course mostly out of curiosity – it had come highly recommended by some older students in the neurosciences graduate program. It was that class that completely changed my perspective. I am not historically the best at focusing on lectures, but the two-hour Anthropogeny class seemed to go by in a flash each time, leaving me hanging on every word as I scribbled all the notes I could. I remember being particularly tantalized by the theories surrounding the contributions of fire and cooking to our origin and success as a species. But that is just one example among so many fascinating topics. Ultimately, the class was impactful for two reasons: it inspired me to consider questions that had never before crossed my mind, and I had the privilege of thinking about those questions with students from vastly different backgrounds. Upon reflection, these are also the two primary reasons that the CARTA specialization as a whole was such an important aspect of my graduate education.

In most disciplines, getting a PhD involves diving deeper and deeper into a field of study, focusing on the minute details of something so specific that no one else has done the exact same work before you. While this process is at times quite exhilarating, it is easy to get completely buried in your thesis work to the point that you no longer think about the big picture questions in your field, let alone the big picture questions of what makes humans human. The CARTA specialization forced me to step back and think on a larger scale. In the Advanced Anthropogeny course for specialization students, I researched the extent of human specificity of autoimmune diseases as well as how the reactivity of certain immune cells differs in humans compared to other species. As my thesis work was at the time focused on understanding the vascular component of multiple sclerosis (MS), the course helped to expand my knowledge about MS in a direction I would have never otherwise considered. CARTA led me to think of the bigger picture not only in regard to my own thesis work, but also in terms of the big questions of evolution and culture. Throughout my years as a specialization student, the tri-annual symposia introduced me to an incredible breadth of topics related to Anthropogeny – topics that, when superimposed on each other, begin to reveal a complex and fascinating sense of the history and identity of our species.

Perhaps even more impressive than the breadth of the topics was the quality of the speakers. Three of the six speakers I hosted for these symposia had been elected to the National Academy of Sciences – one of the highest honors a scientist can achieve. The CARTA specialization gave me the chance not only to hear these scientists speak and debate but also to sit with them at dinner for further discussion and interaction. When I look back on my time in CARTA, I am truly blown away by how many scientists at the tops of their respective fields have been present at each symposium. CARTA’s ability to recruit these speakers is clear evidence of the respected place that CARTA holds amongst several disciplines, and I am honored to have been a part of such a program. In addition to the world-renowned scientists I have met through CARTA, I have also made friends with students in several different programs, from biomedical sciences and anthropology to linguistics and visual arts. Their voices strongly enriched class discussions and our monthly “research rounds” meetings. Unequivocally, one of the most special aspects of CARTA is creating this intersection of diverse perspectives.

Academically, CARTA has opened my mind to the big pictures of both science and what makes us human. But CARTA has also had a deeply personal impact on me, one that is perhaps more difficult to describe. At the heart of this is the field course, the three-week trip to Ethiopia and Tanzania. It was unlike anything I have ever experienced. Moments and reflections that are especially salient in my memory include: in Addis Ababa, seeing Lucy’s bones being pulled out of their storage drawers, being in the presence of something so historically fundamental; sitting in a safari vehicle a few feet from a couple of young lions in the Serengeti, overwhelmed by the power of their bodies and the regal way in which they sat and watched us; hiking through Gombe and watching a scene that felt distinctly human – a mother chimp napping with her baby, occasionally lifting her head to give a disapproving look at the shrieking young male chimps making a ruckus nearby; sitting on a rock overlooking Hadzaland, having a discussion with the Hadzabe about relationships, dreams, the future. Seeing a part of the world so untouched by human development inspired an overwhelming sense of humility in me – it is amazing that early humans somehow thrived amongst the impressive creatures with whom we share this planet. I was also deeply struck by the number of common threads that can run between a Tanzanian hunter-gatherer and a graduate student in California – there are so many aspects of being that are fundamental to all humans. I will always hold an endless gratitude to CARTA for giving me this life-changing experience.