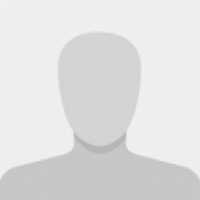 Jim Else is currently Associate Director for Veterinary Resources at the Yerkes National Primate Research Center, Emory University. He received his veterinary and epidemiology training at the University of California at Davis, and subsequently was awarded a Fogarty fellowship to study parasitology in Malaysia. After returning to Davis to complete a residency in Laboratory Animal Medicine/Primatology, he became the first Director of the Institute of Primate Research in Kenya, where he developed research programs in reproductive health, infectious disease and conservation. He went on to become a long term World Bank consultant to oversee research development and veterinary services for the Kenya Wildlife Service and later a European Union Institutional Development Advisor to Uganda Ministry of Tourism and Wildlife. He contributed to chimpanzee and gorilla research and conservation efforts while working in Uganda and participated in the establishment of chimpanzee sanctuaries in both Kenya and Uganda. Returning to the States in 2000, Dr. Else joined Tufts University as Associate Professor, Department of Environmental and Population Health, and became Director of the Center for Conservation Medicine. He was recruited by Yerkes in 2003, where he oversees animal and research support services while continuing to pursue his interests in conservation and the human/primate disease interface both in captivity and the wild.