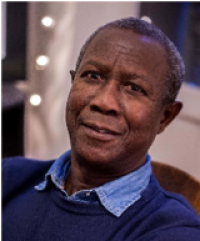 Abdoulaye Camara is a researcher at the Fundamental Institute of Black Africa at the Cheikh Anta Diop University of Dakar (Senegal) where he conducted research in prehistoric archeology and managed museums. He received in June 2018, in Paris, with his team (Senegal, France, Switzerland), the award of the XVIII Word International Union of the Prehistoric and Protohistoric Sciences Congress for the "large archaeological excavations site of long duration in the Falémé valley”. His prospections and archaeological excavations at Sénoudébou, Sansandé, Djita, Guedekou, allowed to find the oldest Paleolithic sites (12,000 to 300,000 years) and to specify the geo-chrono-stratigraphic context of the Quaternary in the region. Today, retired, he continues to follow international research in the Falémé Valley, to carry out ethnoarchaeological research with a Spanish team in the Saloum Delta and to teach cultural heritage at the University of Dakar and at the Senghor University of Alexandria in Egypt.