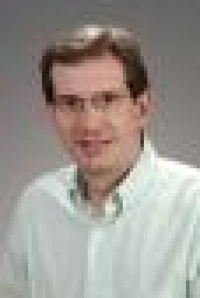 In my laboratory, we apply the tools of molecular genetics and functional genomics to understand the mechanisms of neurological disease. In 1991, a novel type of genetic mutation known as a trinucleotide repeat expansion was discovered. At this time, it appears that 9 trinucleotide repeat diseases are caused by the expansion of a tract of glutamine residues within proteins that are unrelated to one another. We have focused our research efforts on two of these polyglutamine repeat diseases spinocerebellar ataxia type 7 (SCA7) and spinal & bulbar muscular atrophy (SBMA). An important question that we seek to answer is why do specific neurons die in each of these diseases, although the patterns of expression of the different disease genes are widespread and overlapping throughout the neuraxis. Recent emphasis has been placed upon modeling the retinal and neural degeneration in SCA7, understanding its mechanism, and trying to develop therapies to reverse it. In the case of SBMA, a lower motor neuron disease caused by polyglutamine repeat expansions in the androgen receptor (AR), we are trying to understand why motor neurons are exquisitely sensitive to glutamine tract expansions in AR by developing a variety of in vitro and in vivo models. Transcriptional dysregulation and the role of apoptotic activation are among the hypotheses that we are investigating.

An enigmatic phenomenon observed in the trinucleotide repeat diseases is genetic instability. Once triplet repeats reach a pathogenic size, they change in length when transmitted through the germline and during somatic cell division. We have launched a variety of studies aimed at determining the cis- and trans-acting factors that underlie the repeat instability process.

Another interest in my laboratory is the molecular basis of Parkinson's disease (PD). Our work on PD has focused upon the role of the synuclein proteins in causing neurodegeneration. Our interest in PD stems from the fact that like the polyglutamine repeat diseases, PD is characterized by the process of protein aggregation. The generation of peptide or protein aggregates in a variety of neurodegenerative diseases is a common theme in the study of neurological disorders. Our work on the polyglutamine repeat diseasesand on PD is intended to address why neurons share a propensity for aggregate formation and what the protein aggregation process can tell us about neuronal dysfunction and neuron cell death.

Investigator: Dr. La Spada is Professor of Pediatrics and Cellular & Molecular Medicine, as well as the Division Chief of Genetics and Associate Director of the Institute for Genomic Medicine.