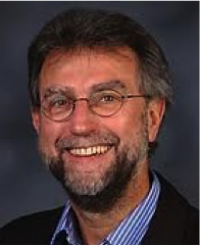 Renowned palaeoanthropologist Andrew Hill died on September 12, 2015, at age 69, after a prolonged battle with cancer.

The Englishman was the J Clayton Stephenson professor of anthropology at Yale University, and a curator and head of the division of anthropology in the Yale Peabody Museum of Natural History.

Before coming to the famed Ivy League school in 1985 he had held research positions at the national museums of Kenya, the directorship at the International Louis Leakey Memorial Institute of African Prehistory, in Nairobi, as well as a research fellowship at Harvard University.

Since 1984, he had been involved in palaeontological research at fossil sites in Abu Dhabi’s Western Region that date back six to seven million years ago, from the Late Miocene period.

Together with Peter Whybrow, he organised the first international palaeontology conference on the Late Miocene faunas, geology and palaeoenvironments of Abu Dhabi in 1995.

The papers presented at this conference were published by Yale University Press in the renowned monograph Fossil Vertebrates of Arabia, in 1999.

Since 2006, he had renewed annual fieldwork activities in the Western Region, co-directing the Baynunah Palaeontology Project with his former PhD student, Dr Faysal Bibi, of the Berlin Natural History Museum, and myself.

Hill was born on June 6, 1946 at Huthwaite, a small village in Nottinghamshire, England. He completed his bachelor’s degree in geology in 1967 at Reading University UK, and his PhD at Bedford College, which is part of the University of London, in 1975.

Since 1968 he had carried out fieldwork in the UAE, Pakistan and eastern Africa, where for many years he directed the multidisciplinary Baringo Palaeontological Research Project.

In 1994, he received the Yale College-Lex Hixon ’63 prize for teaching excellence in the social sciences. In 2009, he was elected a fellow of the American Association for the Advancement of Science.

In 2012, he was recognised as a “notable alumnus” of Royal Holloway and New Bedford College.

He was interested in the whole range of human evolution but particularly in the environmental and ecological context in which it occurred.

His contribution was, however, not only in the form of scientific publications, but also took the form of discovering internationally important sites. The most famous took place in 1975 when he and a colleague were gleefully tossing elephant dung at each other at Laetoli, a hominid archaeological site in Tanzania.

As Hill dived out of the way, he stumbled on what turned out to be one of the wonders of prehistoric finds: a trail of hominid footprints about 3.6 million years old.

Until then, the oldest-known footprints of human ancestors were tens of thousands of years old. But this trail, about 25 metres long and preserved in volcanic ash, had been made by some of the first upright-walking hominids.

Hill’s work near Lake Baringo, Kenya, together with his wife, Sally McBrearty, an archaeologist, identified the first-known chimpanzee fossils (several teeth proving to be about 500,000 years old), shedding light on the evolutionary split between humans and chimps.

More recently he was part of the Baynunah palaeontology project team working in Al Gharbia, helping to discover important fossil sites and specimens.

Last year, a cheek tooth of a fossil monkey was discovered, a find that was later published in the journal Proceedings of the National Academy of Sciences. It proved to be the oldest guenon monkey known in the world, and the first record that guenons ever ranged outside Africa.

He is survived by his wife and companion of 35 years, Dr Sally McBrearty, who is from Glastonbury, Connecticut, in the US; his brother Stewart Hill, of Twickenham, UK; and his mother, May Hill, of Mansfield, UK.

Written by Dr Mark Jonathan Beech, the head of coastal heritage and palaeontology for Abu Dhabi Tourism and Culture Authority