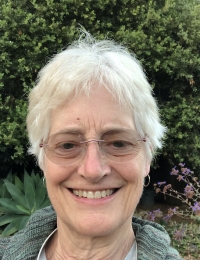 Ann Taves is Research Professor and Distinguished Professor (Emerita) of Religious Studies at University of California, Santa Barbara and PI of the Inventory of Nonordinary Experiences Project.  Her research interests include the historical, comparative, and scientific study of unusual experiences within the context of different worldviews and ways of life; building bridges between the sciences and humanities; and locating the study of religion under the wider rubric of worldview studies. Her books include Fits, Trances, and Visions (Princeton, 1999), Religious Experience Reconsidered (Princeton, 2009), and Revelatory Events (Princeton, 2016). Her socio-cognitive approach to the study of religion is discussed in Building Blocks of Religion, ed. G. Larsson, J. Svenson, and A. Nordin (Equinox, 2020).  For recent articles on nonordinary experiences and on worldview studies, see her webpage. She was a fellow at the Center for the Advanced Study in the Behavioral Sciences at Stanford in 2008-2009, elected a Fellow of the American Academy of Arts and Sciences in 2011, and awarded a Guggenheim Fellowship in 2013. She is a past president of the American Academy of Religion and has served on the executive committees of the Society for the Scientific Study of Religion and the International Association for the Cognitive Science of Religion.