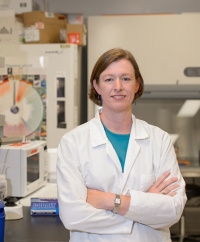 Anne Stone is a Regents' Professor in the School of Human Evolution and Social Change at the Arizona State University. Her specialization and main area of interest is anthropological genetics. Currently, her research focuses on population history and understanding how humans and the great apes have adapted to their environments, including their disease and dietary environments. This has three main strands: (a) Native American population history, (b) the evolutionary history of the Great Apes, and (c) understanding the co-evolutionary history of mycobacteria (specifically Mycobacterium tuberculosis and M. leprae, the causative agents of tuberculosis and leprosy, respectively) with human and non-human primates. Stone obtained her Ph.D. in Anthropology in 1996 from the Pennsylvania State University. She has been a Fulbright Fellow (1992-93), a NIH NRSA postdoctoral fellow, and a Kavli Scholar (2007). In 2011 she was elected a fellow of the American Association for the Advancement of Science, and in 2016, she was elected to the National Academy of Sciences. Stone has served on the editorial boards of the American Journal of Physical Anthropology and the Journal of Human Evolution, and currently serves as a senior editor of Molecular Biology and Evolution. Dr. Stone received undergraduate degrees in archaeology and biology from the University of Virginia. She has a Ph.D. in anthropology from the Pennsylvania State University. During her graduate study, she received a Fulbright scholarship to study at the Ludwig Maximillian University in Munich, Germany with Dr. Svante Pääbo. After completing her Ph.D., she received a National Institutes of Health NRSA postdoctoral fellowship to work with Dr. Michael Hammer at the University of Arizona. Before joining the faculty at ASU in 2003, Professor Stone taught at the University of New Mexico.