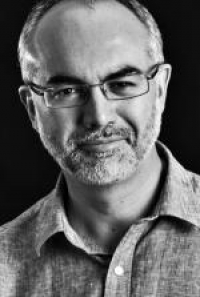 Arcadi Navarro is a Professor of Genetics at the Universitat Pompeu Fabra. Since 2002 he has led a group researching on Evolutionary Genomics, an area in which has over 150 publications, at the Department of Experimental and Health Sciences. Between 2013 and 2016, he was the director of that Department. Additionally, he was the director of the Population Genomics Node of the Spanish National Institute for Bioinformatics (INB) and joined the CRG (Center for Genomic Regulation) to take co-responsibility of the European Genome-phenome Archive (EGA, see https://ega-archive.org) in the context of a collaboration with the EMBL-EBI (European Bioinformatics Institute). He left science for a while, for a short period on the local government, but now he is back to his positions.