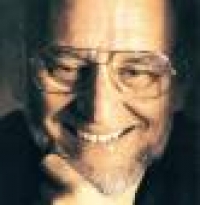 Dr. Katzman played a major role in making San Diego one of the major centers for Alzheimer's research in the United States, if not the world, bringing prominent neuroscientists and major funding to a program that had been virtually nonexistent before his arrival in 1984.

"His pioneering and, really, revolutionary work in Alzheimer's disease for more than three decades paved the way for clinical trials of potential treatments to delay the onset or progression of the disease being done today," said neuroscientist David Salmon of UC San Diego.

Alzheimer's was first described in 1906 by the Bavarian psychiatrist Dr. Alois Alzheimer. But it was considered to be a rare form of senile dementia that occurred primarily in patients younger than 65.

During the 1960s, Katzman studied many dementia patients, especially the elderly, and concluded that they had Alzheimer's.

In a seminal 1976 editorial in the journal Archives of Neurology, Katzman concluded that senile dementia was not a normal part of the aging process, as had been believed, but that it was a disease -- in fact, Alzheimer's disease.

Extrapolating from estimates of the prevalence of dementia, he concluded that Alzheimer's was the fourth leading cause of death in the United States, trailing only heart disease, cancer and stroke.

Katzman's efforts increased the number of Alzheimer's cases many-fold and challenged the long-held idea that growing old was the primary cause of dementia, sociologist Patrick Fox of UC San Francisco wrote in the Milbank Quarterly. These ideas provided the ammunition "to define the disease as a major social and health problem and to mobilize the resources to address the defined problem," he wrote.

In 1977, Katzman and his close colleague Dr. Robert D. Terry of UC San Diego organized the first national conference on Alzheimer's disease, triggering a boom in research. In 1981, he and his colleagues formed the Alzheimer's Disease and Related Disorders Assn. -- later renamed the Alzheimer's Assn. -- which has become a major source of private funding for research and an advocate for patients. Robert Katzman died on September 16, 2008.