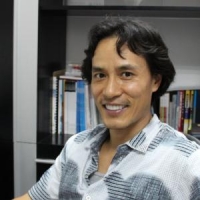 Bruce Lahn is a Professor of Human Genetics at the University of Chicago. He is also an Investigator of the Howard Hughes Medical Institute since 2000.  Dr. Lahn came to the U.S. from China to continue his education after participation in the pro-democracy movement of the late 1980s. He received his B.A. in biology from Harvard University and his Ph.D. from the Massachusetts Institute of Technology, where he did his doctoral research on mammalian sex chromosomes with David Page. Dr. Lahn's main research interest is the genetic basis of human evolution. He also has an interest in the development of the nervous system and in embryonic stem cell biology.  His lab showed that brain-related genes have evolved significantly faster in the human lineage as compared to other non-human species, suggesting that this accelerated evolution may underlie the evolutionary expansion of brain size and complexity in the human lineage. His lab also identified a number of candidate genes that might be particularly relevant to human brain evolution, and found that some of these genes show evidence that they are still evolving toward new forms in modern humans.  Dr. Lahn's honors include the Merrill Lynch Forum Global Innovation Award, the TR100 Award from Technology Review, the Burroughs Wellcome Career Award, and a Searle scholarship. He was recently named to the 40-Under-40 list by Crain's Chicago Business.