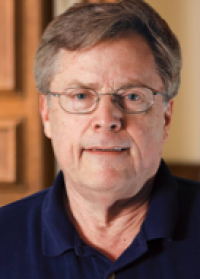 Bruce S. McEwen (January 17, 1938 – January 2, 2020) obtained his Ph.D. in Cell Biology in 1964 from The Rockefeller University.  He was a member of the US National Academy of Sciences, the National Academy of Medicine, and the American Academy of Arts and Sciences.  He served as President of the Society for Neuroscience in 1997-98.

Research contributions:  His laboratory discovered adrenal steroid receptors in hippocampus and this provided a gateway to the ongoing discovery that circulating steroid hormones and other systemic mediators affect cognition, mood and many other neural processes and the further discovery that there is structural and functional plasticity of the adult as well as developing brain, which these hormones mediate.  Translational studies throughout the world are extending these findings to the human brain.  Dentate gyrus neurogenesis was “rediscovered” in his laboratory and he went on to show that chronic stress reduces neuron number in dentate gyrus, and remodels dendrites and granule cell neurons in ways that differ between the sexes.  Indeed his laboratory has also led the way in demonstrating mechanisms of action of gonadal steroids via the entire brain, starting with the hippocampus, via both genomic and non-genomic mechanisms.  Beyond the hippocampus, he has demonstrated stress-induced remodeling of neurons of the medial prefrontal and orbitofrontal cortex as well as basolateral and medial amygdala, in which the healthy brain shows resilience after stress is over. Glutamate and glucocorticoids play a major role.  This work has led translationally down a conceptual path, namely, that stress hormone effects are biphasic – protective in the short run and potentially damaging in the long run – embodied in the now widely used concepts of allostasis and allostatic load/overload that he helped to develop.  At his death, his laboratory was looking at epigenetic effects of acute and chronic stressors on depression- and anxiety-related behavior, as well as cognitive functions, in order to investigate the actions of putative rapidly acting antidepressant drugs in which glutamate overflow plays a role. They also found that slowing glutamate overflow by enhancing reuptake has a protective role in aging and may slow the neuroinflammatory process and the rate of neurodegeneration in Alzheimer’s disease.

Collaborative transdisciplinary research:  He served on the MacArthur Foundation Research Network on Socioeconomic Status and Health, in which he helped to reformulate concepts and measurements related to stress and stress hormones in the context of human societies, which led to the concept of “allostatic load and overload” that describes the wear and tear on the body and brain from chronic stress and related lifestyle behaviors that lead to dysregulation of physiological stress pathways that are normally protective.  He was also a member of the National Council on the Developing Child which focuses on biological embedding of early life experiences and promoting healthy brain development.  He was the co-author of a book with science writer, Elizabeth Lasley, for a lay audience called “The End of Stress as We Know It”, published in 2002, and “The Hostage Brain” with science writer, the late Harold M. Schmeck, Jr., published in 1994, both of which are now available as eBooks.