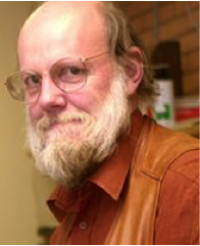 Caleb Finch is Professor of Gerontology and Biological Sciences at the University of Southern California, with adjunct appointments in the Department of Psychology, Department of Physiology and Department of Neurology. He is also one of USC's 12 University Professors who contribute to multiple fields. Dr. Finch's major research interest is the evolution of genomic controls on aging. Finch received his undergraduate degree from Yale in 1961 (biophysics) and PhD from Rockefeller University in 1969 (biology). Dr. Finch has received most of the major awards in biomedical gerontology, including the Robert W. Kleemeier Award of the Gerontological Society of America in 1985, the Sandoz Premier Prize by the International Geriatric Association in 1995, and the Irving Wright Award of AFAR and the Research Award of AGE in 1999. He was founding PI and director of the NIA-funded Alzheimer Disease Research Center in 1984, and continues as Assoc. Dir.. He is co-founder of Acumen Pharmaceuticals. He has written over 550 articles and six books including The Role of Global Air pollution in Aging and disease: (Academic Press, 2018). In 2018, Finch received a Doctorate Honaris causis, from the French Academy (EPHE). Finch supervises two pre-doctoral fellows and three postdoctoral fellows. Current lab focus is on environmental factors in brain aging, particularly air pollution components.