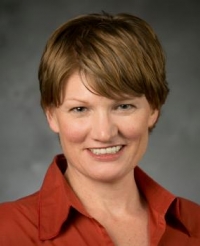 Candice Odgers is a Professor of Psychological Science at the University of California Irvine and a Research Professor in the Sanford School of Public Policy at Duke University. Her research focuses on how early experiences and social inequalities influence children’s development, with an emphasis on how new technologies, including mobile phones and web-based tools, can be leveraged to understand and improve the lives of young people.

Odgers was a William T. Grant Scholar and the recipient of early career awards from the American Psychological Association, the Society for Research in Child Development, the Royal Society of Canada, and the Association for Psychological Science. In 2015 she was awarded the Distinguished Contributions to Psychology in the Public Interest Early Career Award and, in 2016, the Jacobs Foundation Advanced Research Fellowship. Odgers is currently a Fellow of the Canadian Institute for Advanced Research, Child, Brain and Development Program.

Her research appears in journals such as the American Journal of Psychiatry, Annual Review of Clinical Psychology, Developmental Psychology, Nature, Psychological Bulletin andPsychological Scienceand has been covered in the popular media, including by the: Economist,  New Scientist, London Times, Scientific American, and the Washington Post.