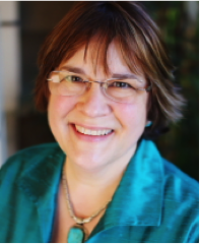 Caro-Beth Stewart is an associate professor in the Department of Biological Sciences at SUNY-Albany.  Her research focuses on understanding the molecular genetic basis of adaptive evolution, using the primates as the primary comparative system.  She pioneered methods for detecting past episodes of positive selection in protein-coding genes, and her lab is applying such methods to the human and chimpanzee lineages.  One project in Dr. Stewart's laboratory uses the phylogeography of the Old World primates as a framework for understanding the natural history of, and host adaptation to, SIV and HIV.  In another project, her lab is investigating the evolution of sperm-expressed proteins that likely recognize complex carbohydrates on the egg coat of mammals.  She was the PI on an NIH consortium grant (with Larry Grossman and and the late Morris Goodman) to study the adaptive co-evolution of OXPHOS subunits in primates, some of which are encoded by mitochondrial DNA and others by nuclear DNA.  Dr. Stewart presently serves on the board of Molecular Phylogenetics and Evolution, and was formerly on the boards of Current Biology, Genome Biology, and Molecular Biology and Evolution.  She has served on various study sections for the NSF and the NIH.  Dr. Stewart was the recipient of an NSF Presidential Faculty Fellow Award in 1994, and held postdoctoral fellowships from the NSF and the Alfred P. Sloan Foundation.  She obtained her Ph.D. in Biochemistry from U.C. Berkeley in 1986, under the advisement of the late Allan C. Wilson.