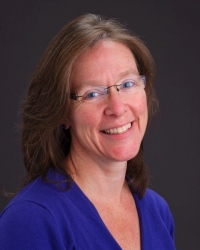 Carol Ward earned her B.S. in Anthropology and Zoology from the University of Michigan in 1986 and her Ph.D. in Functional Anatomy and Evolution from the Department of Cell Biology and Anatomy at the Johns Hopkins School of Medicine in 1991. She joined the faculty at the University of Missouri in 1991 in a joint appointment in the Departments of Anthropology and Anatomy. In 2006, she moved full time to the Department of Pathology and Anatomical Sciences where she is a Professor and Director of Anatomical Sciences in that department’s Integrative Anatomy group.  Ward has studied the evolution of Miocene hominoids as well as Pliocene and Pleistocene hominins. She has done paleontological fieldwork in Kenya and Hungary.  She is co-director of the West Turkana Paleo Project through the National Museums of Kenya, with whom she has worked at the Australopithecus anamensis site of Kanapoi and will begin fieldwork at Lomekwi in 2016.  Her work has been funded by the National Science Foundation, Leakey Foundation, Wenner-Gren Foundation, and the University of Missouri.  She is a Fellow of the American Association for the Advancement of Science, holds affiliations with the National Museums of Kenya, Institute of Human Origins, Cleveland Museum of Natural History, and the Evolutionary Studies Institute in South Africa, is a member of the African Rift Valley Research Consortium, and has won several teaching awards.