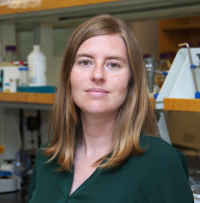 Dr. Warinner is pioneering the study of ancient human microbiota, and in 2014 she published the first detailed metagenomic and metaproteomic characterization of the ancient human oral microbiome. In 2015, she published a seminal study on the identification of milk proteins in ancient dental calculus and the reconstruction of prehistoric European dairying practices. In the same year, she also was part of a large team that the published the first South American hunter-gatherer gut microbiome and identified Treponema as a key missing ancestral microbe in industrialized societies. She has published two books and numerous peer-reviewed journal articles in peer-reviewed journals such as Nature Genetics, PNAS, Current Biology and Nature Communications, and she serves on the Editorial Board of Scientific Reports, a Nature Publishing Group journal.

Her research has earned her Honorable Mention for the Omenn Prize, an annual prize for best article published on evolution, medicine and public health, and her ancient microbiome findings were named among the top 100 scientific discoveries of 2014 by Discover Magazine. Her research has been featured in more than 75 news articles, including stories in Science, Cell, Scientific American, Discover Magazine, The New Scientist, Archaeology Magazine, the LA Times, the Guardian, El Pais, WIRED UK, and CNN, among others. She has presented before the Royal Society of London (2013) and on behalf of the Leakey Foundation (2013, 2016), and in 2015 she was an invited participant at the White House Microbiome Innovation Forum sponsored by the US Office of Science and Technology Policy (OSTP). She has been featured in two documentaries produced by the genome sequencing company Illumina, and her current work on ancient Nepal appears in the award-winning children’s book, Secrets of the Sky Caves. She is a US National Academy of Sciences Kavli Fellow (2014) and a TED Fellow (2012). Her TED Talks on ancient dental calculus and the evolution of the human diet have been viewed more than 1.5 million times.