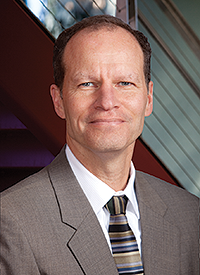 A distinguished physician-scientist and leader in the field of gastroenterological research, Dr. Brenner first joined UC San Diego Health in 1985 as a gastroenterology fellow, later joining the School of Medicine faculty, and serving as a physician at Veterans Affairs (VA) San Diego Healthcare System. He also served as a Pew Scholar in the Biomedical Sciences and a Clinical Investigator in the VA system. In 1993, Dr. Brenner became professor and chief of the Division of Digestive Diseases and Nutrition at the University of North Carolina at Chapel Hill, where he continued to earn accolades for his patient care and research.

He was ultimately recruited to UC San Diego Health from Columbia University Medical Center College of Physicians and Surgeons, where from 2003 to 2007 he was Samuel Bard Professor and chair of the Department of Medicine, a member of the Herbert Irving Comprehensive Cancer Center, a member of the Columbia University Institute of Nutrition, and physician-in-chief of New York Presbyterian Hospital/Columbia.