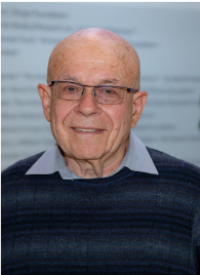 David M. Perlmutter is a professor emeritus in the Department of Linguistics and the Interdepartmental Program in Cognitive Science at UC San Diego. His research in linguistic theory addresses the question of how structural differences among human languages can be formally characterized, as well as the limits to such variation. Perlmutter has worked extensively on the syntax of a wide variety of languages and especially on the role of grammatical relations in clause structure. He has also worked on the phonology and morphology of American Sign Language (ASL). He has served as president of the Linguistic Society of America (LSA) and on the editorial boards of four professional journals. Perlmutter has held fellowships from the Guggenheim and Killam Foundations, the National Endowment for the Humanities, the University of California, and the Center for Advanced Study in the Behavioral Sciences. He has held visiting professorships in France and Canada, the Edward Sapir Professorship at the Linguistic Institute of the Linguistic Society of America, and the Richard Turner Professorship of the Humanities at the University of Rochester. He is a fellow of the Linguistic Society of America and of the American Academy of Arts and Sciences.