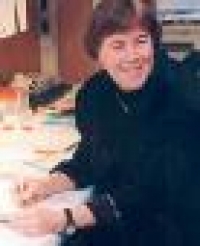 Dr. Deborah Gumucio completed her B.A. (1971), M.P.H. (1975), Ph.D. (1986) and postdoctoral studies with Francis S. Collins (1986-1991) all at the University of Michigan. She then joined the faculty of the Department of the Anatomy and Cell Biology Department at Michigan in 1991, and was promoted to Associate Professor with tenure in 1996 and to full Professor in 2002. Dr. Gumucio founded the Center for Organogenesis at Michigan in 1995 and has served as its Co-Director for the past 10 years. This multi-disciplinary Center now serves over 100 members in 27 departments from 5 Schools and Colleges of the University. The Center serves to bring together clinical, basic and applied scientists in the study of organogenesis and its relationship to human disease.

At the University level, Dr. Gumucio has served on numerous committees and programs, including the Biomedical Research Council, the Biomedical Core Advisory Team, the Dean's Advisory Task Force, the Graduate Program Committee of the Program in Cell and Molecular Biology at Michigan, the Program Committee for the Construction of the Basic Science Research Building, the Medical School Executive Committee and the Dean's Task Force for the Research Enterprise (T-FORE). She directs the Program in Organogenesis for the Arthritis and Musculoskeletal Diseases Center and serves on the Core Advisory Committee of the Cancer Center. She is also on the Operating Committee of the Medical Scientist Training Program (M.D./Ph.D.).

Dr. Gumucio is also active in the educational arena at Michigan. She has organized six international symposia for the Center for Organogenesis as well as several mini-symposia, including a recent mini-symposium entitled, "Organogenesis and Carcinogenesis of the Gut". She also developed and serves as course coordinator for the graduate course, "Organogenesis of Complex Tissues", which is offered in the fall curriculum. In addition, she participates in teaching Medical Histology, Medical Embryology, Dental Histology and Developmental Biology. Finally, Dr. Gumucio is the Program Director for the NIH-funded Training Program in Organogenesis.

In national and international arenas, Dr. Gumucio has served as a member of the Eukaryotic Genetics study section of the National Science Foundation and on several ad hoc study sections and site visit teams for the NIH. She is an Associate Editor for the journal Molecular and Cellular Biology, and was a member of the International Advisory Board for the Third (France) and Fourth (Bethesda, MD) International Conferences on Familial Mediterranean Fever. From 2001 to 2004, she served on the National Science Foundation Advisory Committee for the Establishment of a Non-human Primate Biomaterials and Informatics Resource (IPBIR) and currently sits on the External Scientific Advisory Board of the University of California at Davis Primate Center.

Dr. Gumucio has maintained a diverse and well-funded research effort in the areas of organogenesis and inflammation. Her laboratory studies the molecular control of ontogeny of the gut and the molecular pathogenesis of familial Mediterranean fever. She is currently training three postdoctoral fellows, four graduate students, and three undergraduates. Twenty-five graduate students have done rotations in her laboratory (seven continued to pursue thesis work in the lab); and 16 undergraduates have done independent research (9 of these completed honors theses). She has served or is currently serving on the thesis committees of 39 graduate students from various programs.