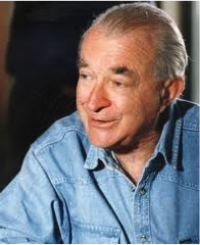 Derek Denton is founding director and originating board member of the Howard Florey Institute of Experimental Physiology and Medicine, an autonomous Institute in the University of Melbourne; adjunct scientist at the Southwest Foundation for Biomedical Research in San Antonio, Texas; elected foreign associate of the Académie des Sciences, Institut de France; elected fellow of the Royal Society, London; foreign associate of the National Academy of Sciences of the U.S.; honorary fellow of the Royal College of Physicians London; honorary member of the American Physiological Society; honorary foreign member of the American Academy of Arts and Sciences; fellow of the Australian Academy of Sciences; foreign medical member of the Royal Swedish Academy of Sciences.  Formerly, Denton was the first vice president of the International Union of Physiological Sciences; chairman of Nominating Committee; chairman of the Committee on Aims and Functions of the 28 Commissions of the International Union of Physiological Sciencesin; and a member of the Albert and Mary Lasker Foundation Basic and Clinical Medical Research Awards Jury.  He is the Australian Academy of Science representative to the International Human Rights Network of Academies and Scholarly Societies. Professor Denton's primary interest is evolutionary biology and integrative physiology with research focusing on instinctive behaviour. Over recent years he has worked in equatorial West Africa, carrying out investigations on the influence of salt on blood pressure in chimpanzees, and selective appetite studies on forest elephants and gorillas.  He is also studying the appetites of baboons with brain infusion experiments, and conducting studies on self-awareness in chimpanzees at the Southwest Foundation for Biomedical Research in San Antonio, Texas.  At the Texas Imaging Center, he has been imaging effects of vegetative emotions - for example, thirst, and hunger for air. Books Published include:  The Hunger for Salt (Springer Verlag, 1982), The Pinnacle of Life, (Allen & Unwin, 1992).