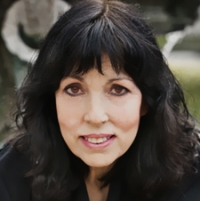 Diana Reiss is a cognitive psychologist and professor in the Department of Psychology at Hunter College and the Animal Behavior and Comparative Psychology program at the Graduate Center, CUNY. She directs a research program on dolphin cognition and communication at the National Aquarium in Baltimore and is a research associate at the Smithsonian’s National Zoo in Washington D.C. where she investigates elephant cognition. She was director of the Marine Mammal Research Program at the Osborn Laboratories of Marine Sciences at the New York Aquarium and co-chair of the Animal Enrichment Program of the Wildlife Conservation Society (WCS). Dr. Reiss served as a member and science advisor of the Animal Welfare Committee of the Association of Zoos and Aquariums (AZA).

Dr. Reiss’s research focuses on dolphin cognition, communication, comparative animal cognition, and the evolution of intelligence. She pioneered the use of underwater keyboards with dolphins to investigate their cognitive and communicative abilities by investigating how they would respond when provided with more degrees of choice and control. Dr. Reiss and her colleagues demonstrated that bottlenose dolphins and Asian elephants possess the rare ability for mirror self-recognition, previously thought to be restricted to humans and great apes. Her efforts also involve the rescue and rehabilitation of stranded marine mammals. Her advocacy work in conservation and animal welfare includes the protection of dolphins in the tuna-fishing industry and efforts to bring an end to the killing of dolphins in the drive hunts in Japan. Her recent book, The Dolphin in the Mirror, was released in 2011.