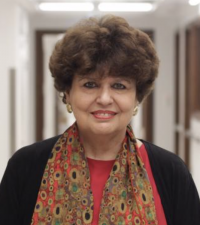 Dr. Vargha-Khadem conducts research on the effects of early brain injury on neural circuits serving memory and learning, speech and language, spatial navigation, and movement organization.  Together with her colleagues, she has made a number of discoveries, viz the syndrome of developmental amnesia, the neural and behavioural phenotype of FOXP2 gene mutation in humans, and patterns of brain reorganization in children who have undergone neurosurgery for epilepsy.

Dr. Vargha-Khadem is a Fellow of the Academy of Medical Sciences, and has received a number of national and international awards including the Jean Louis Signoret Prize for her contributions to understanding the genetics of behaviour.