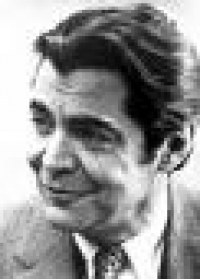 UC San Diego established the George E. Palade Endowed Chair to honor Nobel Laureate and Del Mar, California resident George Palade, M.D., considered to be the father of modern cell biology. Funds for the endowed chair will be used to support a faculty member in the Department of Cellular and Molecular Medicine at the UC San Diego School of Medicine.

Palade came to UC San Diego from Yale University in 1990 to serve as UCSD School of Medicine’s first dean for Scientific Affairs, where he created one of the preeminent cell biology programs in the nation, and served as a professor of Medicine. He held both posts until his retirement in 2001 at the age of 88. Palade was an advisor to the vice chancellor for Health Sciences and the dean of the UCSD School of Medicine.

Palade was internationally recognized for his pioneering use of electron microscopy and “cell fractionation” to reveal and define the inner workings of the cell, and was best known for his work in establishing the pathway for synthesis and transport of proteins along the secretory pathway. In 1974, he was awarded the Nobel Prize for Physiology or Medicine for his contributions to the understanding of cell structure, chemistry and function, a prize he shared with Albert Claude and Christian de Duve.

His work paved the way for gene therapy and treatment of a variety of diseases, ranging from cancer to mental disorders. Along with many other honors, Palade was the recipient of the National Medal of Science, the Gairdner Special Award, the Albert Lasker Award for Basic Medical Research and the Louisa Gross Horwitz Prize. He was a member of the National Academy of Sciences since 1961. Recent UCSD honors include re-naming the university’s Cellular and Molecular Medicine West Building as the George Palade Laboratories in March 2004. George Palade died on October 7, 2008.