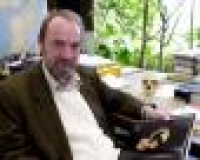 Ian Tattersall is currently Curator Emeritus in the Department of Anthropology of the American Museum of Natural History in New York City. Born in England and raised in East Africa, he has carried out fieldwork in countries as diverse as Madagascar, Vietnam, Surinam, Yemen, and Mauritius. Trained in archaeology and anthropology at Cambridge, and in geology and vertebrate paleontology at Yale, Tattersall has concentrated his research over the past quarter-century in two main areas: the analysis of the human fossil record, and the study of the ecology and systematics of the lemurs of Madagascar. Tattersall is also a prominent interpreter of human paleontology to the public, with several recent trade books to his credit, among them Masters of the Planet: The Search for Our Human Origins (Palgrave Macmillan, 2012); The Brain: Big Bangs, Behaviors, and Beliefs (with Rob DeSalle, Yale University Press, 2012); Race: Debunking a Scientific Myth (with Rob DeSalle, Texas A&M Press, 2011), and Becoming Human: Evolution and Human Uniqueness (Harcourt Brace, 1998). More technically, he is author of the two editions of The Fossil Trail: How We Know Whart We Think We Know About Human Evolution (Oxford University Press, 1995 and 2010), and is co-author, with Jeffrey Schwartz , of Volumes 1, 2 and 4 of The Human Fossil Record (Wiley-Liss, 2002, 2003, and 2005), and co-editor of the definitive Encyclopedia of Human Evolution and Prehistory. As curator, he has also been responsible for several major exhibits at the American Museum of Natural History, including Ancestors: Four Million Years of Humanity (1984); Dark Caves, Bright Visions: Life in Ice Age Europe (1986); Madagascar: Island of the Ancestors (1989); and the highly acclaimed AMNH Halls of Human Biology and Evolution (1993) and Human Origins (2007).

Human evolution, particularly the recognition of species in the human fossil record and the determination of their relationships, and the origin of Homo sapiens and modern human cognition. Also systematics of the primates of Madagascar.