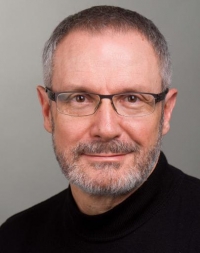 Professor Jean-Jacques Hublin is Director at the Max Planck Institute of Evolutionary Anthropology in Leipzig (Germany) and Visiting Professor at the Collège de France (International Chair in Paleoanthropology). He has also served as an honorary professor at the University of Leipzig since 2006 and has taught at the University of Leiden (Netherlands) since 2010. Prof. Hublin obtained his PhD in Vertebrate Paleontology and Human Paleontology at the University of Pierre et Marie Curie in Paris (1978), and completed his habilitation in Anthropology at the University of Bordeaux (1991). He first joined the Centre National de la Recherche Scientifique (1981-2000) as a research fellow before continuing as a research director and team leader. Prof. Hublin then joined higher education as a professor at the University of Bordeaux 1 (1999-2004). He has also taught as a visiting professor at the University of California at Berkeley (1992), Harvard University (1997), and Stanford University (1999 and 2011). In 2004, Prof. Hublin joined the Max Planck Institute of Evolutionary Anthropology in Leipzig (Germany) where he created and developed the Department of Human Evolution. He is one of the founders of the European Society for the Study of Human Evolution (ESHE), which connects researchers from European countries. He has had the honor of chairing ESHE since its creation in 2011. Since the 1990s, Prof. Hublin has played a pioneering role in the development of virtual paleoanthropology. In addition to his contributions to the understanding of the African origins of Homo sapiens, he is a well-known specialist on Neandertals. He has played a central role in understanding their origin and evolution and in analyzing the processes of their replacement by Homo sapiens. More recently he has been involved in the study of Denisovans in Russia and China. Finally, Prof. Hublin made a major contribution to the study of the history of paleoanthropology with the publication of a biography of Jacques Boucher de Perthes, French founder of Prehistory. In 1990 Prof. Hublin received the F. Millepierre Prize from the Académie Française; in 2013, the Rudolf-Virchow Prize from the Prinz Maximilian zu Wied Foundation; in 2017, the Royal Wissam al-Kafaa al-Fikria from his Majesty Mohamet VI in person. In 2019, he received the French distinction of Knight of the Legion of Honor.