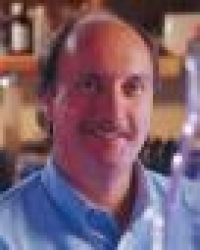 My primary research interest is the genetics of nonhuman primates. For a number of years, I have been working primarily in the area of biomedical studies, using baboons, macaques and other primates as animal models for the analysis of the genetic basis of complex human diseases. But I have always had a strong interest in primate and human evolution, and I maintain an active interest in the evolutionary genetics of humans and our close relatives.

My undergraduate degree was done at Northwestern University, with a major in Anthropology. I spent two years as a graduate student in Anthropology at New York University, and then completed my Ph.D. in Anthropology at Yale University in 1989. My thesis project was a study of genetic variation in a wild population of baboons (Papio hamadryas cynocephalus) from Mikumi National Park, Tanzania. This required more than two years of fieldwork darting and trapping wild baboons, then laboratory analysis of DNA polymorphisms. I stayed at Yale another year, in the Medical School, for a postdoctoral fellowship in human genetics.

In 1991, I moved to the Southwest Foundation, which has a strong program in genetics, and also the world’s largest colony of pedigreed nonhuman primates (mostly baboons). My work there has focused on molecular genetic analyses of variation in baboons, macaques and vervet monkeys. My colleagues and I have developed a genetic linkage map of the baboon genome using about 1000 animals genotyped for more than 350 DNA polymorphisms, mostly microsatellites already mapped in the human genome. We are now developing a similar linkage map for rhesus monkeys. We are using these tools to scan the baboon and macaque genomes for quantitative trait loci (QTLs) related to various human diseases. But the same maps can also be used to scan for genes related to other phenotypes, and we are now expanding our studies to include traits of anthropological as well as biomedical significance.