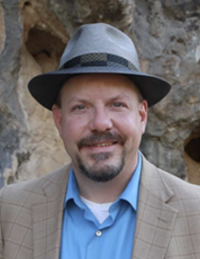 Professor John Hawks is an internationally recognized expert on human evolution and genetics. His most recent fieldwork in South Africa focuses on the Rising Star cave system, where he is a core member of the team that discovered the previously unknown species Homo naledi. He is also known for his work demonstrating the rapid evolution of modern humans within the past 40,000 years; and for exploring the contribution of ancient Neandertals to the ancestry of people living today. He has done fieldwork in Africa, Asia and Europe, combining skeletal evidence from fossils with new information from genetics to uncover how humans evolved. His work on human genetics connects to global health, including research exploring the structure of genetic networks underlying celiac disease and type 2 diabetes.

Hawks’ work has been featured in documentaries from PBS Nova, PBS Secrets of the Dead, National Geographic, Science Channel, and the BBC. Print coverage of his work has included cover and feature articles in Discover, Scientific American, Archaeology, Science News, New Scientist, coverage in the New York Times, USA Today, Time, Der Spiegel and many others.

Professor Hawks has been a leader in public outreach and the movement toward open science. His blog (http://johnhawks.net) was recognized by Nature as one of the top 15 science blogs, and received more than 700,000 visits from readers in 2019, more than 40% outside the U.S. He taught a massive open online course (MOOC) titled “Human Evolution: Past and Future” for the University of Wisconsin-Madison in 2014, with a registration of more than 40,000 students worldwide.

Hawks has been at the University of Wisconsin-Madison since 2002 and is presently the Vilas-Borghesi Distinguished Achievement Professor of Anthropology. He serves as Associate Chair of Anthropology and an associate member of both the Department of Zoology and the J. F. Crow Institute for the Study of Evolution. He is an honorary professor and associate of the Evolution Studies Institute at the University of the Witwatersrand, Johannesburg, South Africa.