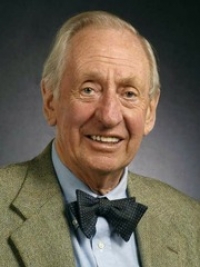 Dr. West is an active researcher and his research spans several fields. He has worked on various aspects of respiratory physiology, particularly the uneven distribution of blood flow in the lung caused by gravity. Currently he is investigating the properties of pulmonary capillaries in mammalian and avian lungs and, in particular, how they are damaged when exposed to high stresses. A second area of research interest is high altitude physiology. Dr. West has taken part in two major Himalayan expeditions. In 1960 with Sir Edmund Hillary he took part in the so-called Silver Hut expedition where he and a small group of physiologists wintered at an altitude of 5800 m (19,000 ft) just south of Mt. Everest. This began a long interest in high-altitude medicine and physiology. Dr. West led the 1981 American Medical Research Expedition to Mt. Everest during which the first-ever physiological measurements on the mountain’s summit were made. His interest in this field continues today with a project on oxygen enrichment of room air at high altitude that is important for commuters who work at very high altitudes. His monograph “High Life” is a standard history of high altitude physiology and medicine. He also edits a journal, High Altitude Medicine & Biology. Because of his interest in the effects of gravity on the lung, Dr. West spent a year at the NASA Ames Research Center to study the lung in weightlessness. His studies on lung function in astronauts have been conducted on four Spacelabs. Dr. West has a substantial teaching responsibility in that, for 30 years, he was in charge of the physiology course at UCSD for first-year medical students. He is an excellent teacher himself and has received recognition for that. On a national basis, he was the 2002 recipient of the Arthur Guyton Teacher of the Year Award from the APS for his outstanding teaching ability. Dr. West’s also has an interest in the history of physiology. He has written books on this topic and has also developed an Archival Collection in High Altitude Medicine and Physiology in the main library at UCSD. Outside of his research and teaching, Dr. West pursuing interests in classical music and literature. He also likes to fly radio controlled gliders at the famous Torrey Pines Glider Port, which is only ten minutes from his home. He also does volunteer work for a private library in La Jolla called the Athenaeum where he has served on the Board of Trustees for several years.