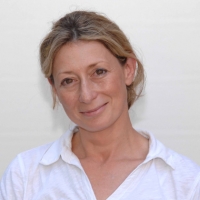 Professor Harvati-Papatheodorou is a paleoanthropologist specializing in Neanderthal evolution, modern human origins and the application of 3-D geometric morphometric and virtual anthropology methods to paleoanthropology. She conducted her doctoral studies (2001) at the City University of New York and the New York Consortium on Evolutionary Primatology (NYCEP), was Assistant Professor at New York University (2001-2004) and Senior Researcher at the Max Planck Institute for Evolutionary Anthropology in Leipzig (2004-2009). Since 2009 she is Full Professor at the University of Tübingen, as well as adjunct Professor of Anthropology at the City University of New York Graduate Center and resource faculty for the New York Consortium of Evolutionary Primatology (NYCEP). Harvati-Papatheodorou is the recipient of two prestigious European Research Council grants (ERC Starting Grant ‘Paleoanthropology at the Gates of Europe’, 2011; ERC Consolidator Grant ‘Human Evolution at the Crossroads’, 2016). She currently directs the Cross-Faculty DFG Centre for Advanced Studies ‘Words, Bones, Genes, Tools: Tracking linguistic, cultural and biological trajectories of the human past’ at the University of Tübingen. Her work has been published in Nature, Science, PNAS, Nature Ecology & Evolution and other specialist as well as general science journals. She was awarded the Research Award of the state of Baden-Württemberg in 2014 for basic research. She has conducted fieldwork in Europe and Africa, most recently in Greece.