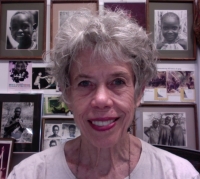 Kristen Hawkes is Distinguished Professor of Anthropology at the University of Utah. Her principle interests are the evolutionary ecology of hunter-gatherers and human evolution. She studies age and sex differences in behavior, using comparisons between people and other primates, paleoanthropology and evolutionary modeling to develop and test hypotheses about the evolution of human life histories and social behavior. Hawkes has pursued ethnographic fieldwork in highland New Guinea, Amazonia, and eastern and southern Africa. She is a member of the Scientific Executive Committee of the Leakey Foundation, the American Academy of Arts and Sciences, and the National Academy of Sciences.