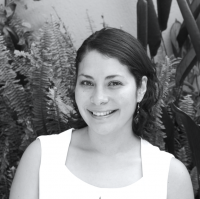 Maria Avila-Arcos joined the National Autonomous University of Mexico (UNAM) in 2015 as junior faculty at the International Laboratory for Human Genome Research. She earned her Ph.D. in 2013 from the University of Copenhagen, where she specialized in the use of ancient DNA (aDNA) to tackle evolutionary questions in a wide range of species. Her postdoctoral research involved the use of aDNA to address contentious issues regarding the initial peopling of the Americas as well as to identify the sub-continental ethnic origins within Africa of archaeological remains belonging to African-born enslaved individuals brought to the continent during the slave trade. Informed by these studies she centered her subsequent work on the characterization of the genetic diversity of contemporary indigenous populations in Latin America and afro-descendant populations in Mexico, which still remain to be represented in surveys of genetic variation. Consequently, her current research combines the analysis of genetic data from past and present populations from Mexico (her native country) and Latin America to understand cultural, demographic and adaptive processes that have shaped the observed patterns of diversity in such regions through time. In addition she carries out this research with support from ethnographers and anthropologists to develop outreach strategies for the benefit of the indigenous and afro-descendant communities who currently suffer from discrimination and marginalization.