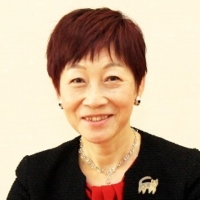 Until I completed my doctoral study in the Department of Anthropology, Graduate School of Science, at the University of Tokyo, I carried out research on the ecology and behavior of wild Japanese Macaques in Chiba Prefecture and wild chimpanzees in Tanzania. The theme of my doctoral dissertation was the reproductive strategy of wild male chimpanzees. Although I belonged to the department where the evolution of mankind was the main subject of research, for a long time I could not have any interest in human beings. When I was a graduate student, great ape research was dominated by Imanishi's evolution theory in Japan, but my view did not fit into the theory. After many twists and turns, I decided not to continue research on apes. I still believe, however, that the close observation of chimpanzee behavior for two and a half years had a great impact on my present research activities. It gave me the opportunity to develop a kind of instinct about the "mind" of the animal closest to human.

After earning a doctoral degree, I received a British Council Scholarship and studied at the Department of Zoology, at the University of Cambridge. My research in Cambridge was on mate choice of fallow deer (Cervus dama) and gender difference in growth and population dynamics of wild sheep inhabiting the St. Kilda Archipelago. It was then that I began to study evolutionary biology and behavioral ecology seriously. After coming back from Cambridge, I found no vacancy at any schools of science in Japan, but finally got a job as an Associate Professor in Theoretical Science at the School of Law, Senshu University in 1990. To work in an environment where neither faculty nor students were familiar with science was a big culture shock for me. Even so, this experience gave me the opportunity to make a fundamental review of what science is and to think intensely about the relationship between science and society. In 1990, I started research on mate choice of the Indian Peafowl inhabiting the Izu Cactus Park. I am still struggling with the findings of this research, which conflict with knowledge commonly accepted to date. Some satisfactory results, however, have come out recently. I also began research on the life history parameters of Viviparus, but had to give up due to lack of time and research support by graduates.

An invitation to two closed international symposia in 1990 led me in a new direction and toward my next big objective, "the exploration, through evolution, of human nature." At last, interest in human beings was growing in me. In other words, I had become confident enough to handle human issues. Now I am studying humans, the most complex subject, using the best knowledge I have acquired through studying various animals in the fields of evolutionary biology and behavioral ecology. I then joined the School of Political Science and Economics at Waseda University in 2000. There, I gave a seminar called "The Destiny of Global Environmental Issues". It was an eye-opening experience to learn about the social sciences that explore human society, such as political science and economics, through discussions with excellent students. I have been acting as a bridge between ecology and economics, and a bridge between political science/social psychology and evolutionary psychology for the last few years. Currently, I am working on data analysis for research on murders and gender difference in death rates. I also collaborate with people in the field of cognitive neuroscience on the biological foundation of linguistic evolution.

For the future, I am looking forward to establishing a new form of evolutionary study in the areas of biological individuality, population, and ecosystems.