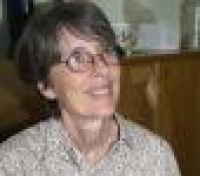 Eberhard received her AB (1963), MS (1964), and Ph.D (1967) in Zoology at the University of Michigan, Ann Arbor, where she was a student of the entomologist and evolutionary biologist Richard D. Alexander before he started writing on humans. She was a Post-doctoral fellow at Harvard University (1967-69), and has been a Research Scientist of the Smithsonian Tropical Research Institute since 1975, resident first in Colombia, South America (1969-1979) and then in Costa Rica (1979-present). She has done extensive fieldwork on tropical social wasps, focusing especially on the evolution of social behavior; kin selection theory as applied to individually adaptive tactical decisions; social and sexual selection; speciation; and the role of environmentally sensitive development (including behavioral and physiological development) in evolution. She is a past President of the Society for the Study of Evolution, and an elected Fellow of the Animal Behavior Society, and is presently Vice-chairman of the Committee on Human Rights of the U.S. National Academies (National Academy of Sciences, National Academy of Engineers, and Institute of Medicine). In 2003 she received the Sewell Wright Award of the American Society of Naturalists; and the Hawkins Award of the American Association of Publishers for Developmental Plasticity and Evolution (Oxford, NY) judged to be the best scholarly and reference book in all academic fields for the year 2003. She is a member of Phi Beta Kappa, the U.S. National Academy of Sciences, the American Academy of Arts and Sciences, the National Academy of Sciences of Costa Rica, and the Accademia Nacionale dei Lincei, Rome.