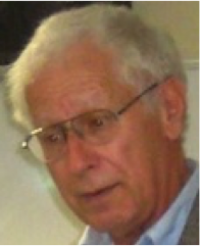 Michael Baker is a research professor in the Department of Medicine at UC San Diego. The general theme of his work is investigating how steroids bind to receptors and steroid dehydrogenases. As a result of investigating this problem, he became interested in evolutionary biology and the effects of plant-derived compounds and environmental pollutants on steroid hormone action. He uses sequence analysis to identify conserved amino acids in receptors and dehydrogenases from organisms that diverged from a common ancestor over 500 million years ago. These conserved amino acids are likely to be functionally important. They also provide information about the evolution of steroid receptors and dehydrogenases. For example, phylogenetic analysis of steroid receptor sequences reveals that steroid hormone action is a "recent" event in life on earth. That is, steroid receptors for estrogens, androgens, progestins, glucocorticoids, and mineralocorticoids arose over 550 million years ago, prior to the Cambrian explosion.