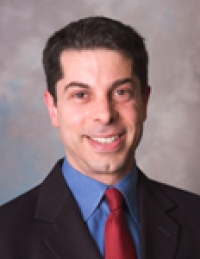 Michael J. Bamshad, MD, is professor in the Department of Pediatrics and adjunct professor of genome sciences at the University of Washington. His laboratory addresses the origins and affinities of humans, develops novel strategies to find disease susceptibility variants and characterizes genetic variants influencing risk for an assortment of health-related conditions.

Bamshad is particularly interested in identifying genetic variants that cause birth defects that alter risk for chronic diseases of childhood, infections and preterm birth, and that influence chemosensory perception such as taste. His laboratory has identified genetic variants that underlie several disorders manifested by either limb defects or heart defects. Bamshad’s lab has recently discovered that mutations in several genes (e.g., TNNI2, TNNT3, TPM2, MYH3) that encode proteins of the contractile apparatus of fast-twitch myofibers cause several syndromes characterized by contractures of the feet such as clubfoot. Researchers in his lab are now trying both to understand the mechanism by which these mutations disrupt muscle function and also to determine whether these genes influence susceptibility to idiopathic clubfoot.