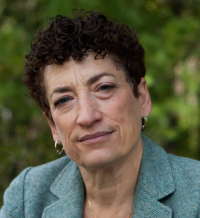 Naomi Oreskes is a professor of the History of Science and affiliated professor of Earth and Environmental Sciences at Harvard University. She is the author of numerous books, articles, and opinion pieces. Her most recent books are Merchants of Doubt (Bloomsbury, 2010), which was short-listed for the Los Angeles Times book prize and released as a documentary film by the same name in 2015, and The Collapse of Western Civilization (Columbia University Press, 2014), both co-authored with Erik M. Conway. She has won numerous prizes and awards, including, most recently, the 2014 American Geophysical Union Presidential Citation for Science and Society and the 2015 Herbert Feis Prize of the American Historical Association for her contributions to public history.