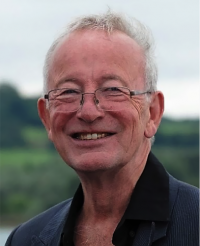 Nicholas Humphrey is a theoretical psychologist who has migrated from neurophysiology, through animal behaviour to evolutionary psychology and the study of consciousness. He did research  on  mountain gorillas with Dian Fossey in Rwanda, he was the first to demonstrate the existence of “blindsight” after brain damage in monkeys, he proposed the celebrated theory of the “social function of intellect”, and he has recently explained the evolutionary basis of the placebo effect. He has  held positions at the universities of Oxford and Cambridge, and is  now emeritus professor at the LSE.  Honours include the Martin Luther King Memorial Prize, the Pufendorf medal and the International Mind and Brain Prize.