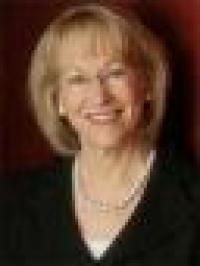 Dr. Patricia K. Kuhl is the Bezos Family Foundation Endowed Chair for Earily Childhood Learning, Co-Director of the UW Institute for Learning and Brain Sciences, Director of the University of Washington's NSF Science of Learning Center, and Professor of Speech and Hearing Sciences. She is internationally recognized for her research on early language and brain development, and studies that show how young children learn. Dr. Kuhl’s work has played a major role in demonstrating how early exposure to language alters the brain. It has implications for critical periods in development, for bilingual education and reading readiness, for developmental disabilities involving language, and for research on computer understanding of speech.

Dr. Kuhl's work has been widely covered by the media. She has appeared in the Discovery television series "The Baby Human"; the NOVA series "The Mind"; the "The Power of Ideas" on PBS; and "The Secret Life of the Brain," also on PBS. She has discussed her research findings on early learning and the brain on The Today Show, Good Morning America, CBS Evening News, NBC Nightly News, NHK, CNN, and in The New York Times, Time, and Newsweek.