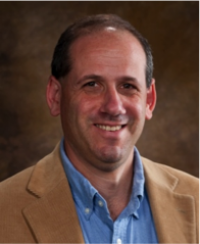 Peter Ungar received his PhD in anthropological sciences from Stony Brook University and taught gross anatomy in the medical schools at Johns Hopkins and Duke before moving to the University of Arkansas, where he now serves as a distinguished professor and chairman of the Department of Anthropology. He is alsodirector of the Environmental Dynamics PhD Program at Arkansas, and an honorary professorial research fellow of the Evolutionary Studies Institute at the University of the Witwatersrand in Johannesburg, South Africa.

He is known primarily for his work on the role of diet in human evolution. He has spent thousands of hours observing wild apes and other primates in the rainforest of Latin America and Southeast Asia, studied fossils from tyrannosaurids to Neandertals, and developed new techniques for using surface analysis technologies to tease information about diet from tooth shape and patterns of use wear.

Ungar has written or coauthored more than 150 scientific papers on ecology and evolution for books and journals including Science, Nature, Proceedings of the National Academy of Sciences, and Philosophical Transactions of the Royal Society. These have focused on food choices and feeding in living primates, and the role of diet in the evolution of human ancestors and other fossil species. He has also edited or co-edited three volumes on the evolution of human diet, and his recent academic book, Mammal Teeth: Origin, Evolution, and Diversity (Johns Hopkins University Press), won the 2010 PROSE Award from the Association of American Publishers for best book in the biological sciences. His book Teeth:  A Short Introduction (Oxford University Press) is available now on bookstore shelves. Ungar has given dozens of invited talks and keynote addresses at venues including the Smithsonian Institution, the American Museum of Natural History, and the Royal Society in London.  He is a Fellow of the American Association for the Advancement of Science and the Johns Hopkins Society of Scholars.  And his work has been featured in hundreds of electronic, print, and broadcast media outlets, including his recent appearances in documentaries on the Discovery Channel, BBC Television, and the Science Channel.