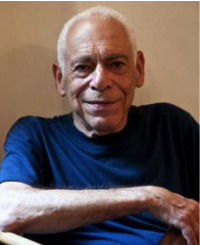 Philip Lieberman is the George Hazard Crooker University Professor, Emeritus at Brown University. The focus of his research is the evolution of the biological bases of human language and cognition. This includes both the specialized anatomy necessary to produce articulate speech and the neural circuits which confer the reiterative ability that enables humans to produce a potentially infinite number of words and sentences from a finite number of elements. This neural substrate also yields creative acts such as dance, music and the like. His research indicates that while language in some form has a long evolutionary history, fully human speech and language date back only 50,000, perhaps 70.000 years He received a Guggenheim Fellowship, presented the 1990 Nijmegen Lectures of the Max Planck Institut fur Psycholinguistic, was a NATO Visiting Professor, and is a fellow of the American Association for the Advancement of Science, The American Psychological association, and the American Anthropological Association. He also holds an appointment at Brown University as Professor of Anthropology. His other interest is photographic and he has documented traditional Tibetan life in remote regions of Himalayan Nepal, India, and Tibet.