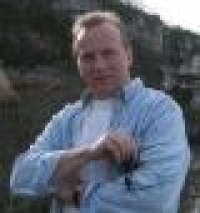 Randall White is Professor of Anthropology at New York University and one of the world’s leading specialists in the study of Paleolithic art and personal adornment. White was one of the first to recognize the evolutionary importance of personal adornment and its critical role in the organization and demographic expansion of modern humans. His work on the origins of art and personal adornment in Europe has taken him to various museums from France to Russia. He recently published the lavishly illustrated book Prehistoric Art: The Symbolic Journey of Humankind (New York: Harry Abrams, 2003).

The Abri Castanet excavations at Sergeac in the Dordogne region of SW France
White has worked on the Upper Paleolithic cultures of France for more than 30 years and is currently director of excavations at the 35,000 year old ornament-rich site of Abri Castanet in SW France. He is also a member of several other research teams and is responsible for the analysis and publication of hundreds of early Upper Paleolithic personal ornaments from modern excavations at sites such as Isturitz, Brassempouy and Arcy-sur-Cure.

Some of the hundreds of Aurignacian ivory beads from Abri Castanet In 1993 White was instrumental in the re-discovery, authentification and publication of a long-missing private collection of seven Ice Age female statuettes from Grimaldi, Italy. This work led him to undertake a massive study of more than 100 Gravettian female statuettes, bringing into focus the techniques used to fabricate them and new directions in their interpretation.

Professor Randall White in Berlin, Germany, studying the shell ornaments from the Combe-Capelle burial.
Over the past twenty years White has been instrumental in bringing to light, and publishing important Paleolithic collections acquired early in this century by North American museums. This endeavor has led him to a detailed investigation of the history of French Paleolithic archaeology. His most recent book (2006), entitled L’affaire de l’abri du Poisson : Patrie et préhistoire, is the first in a series of planned historical works on French Paleolithic archaeology in the crucial period immediately prior to World War I. He is currently working on a second, more massive volume entitled, Préhistoire et patrie: l’affaire Hauser et la politique de l’avant-guerre.