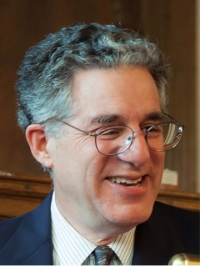 Ray Jackendoff is the Seth Merrin Professor of Philosophy and Co-Director of the Center for Cognitive Studies at Tufts University. He is known for pioneering research on semantics and syntax, on the architecture of the language faculty and its place in the mind, and on music cognition. Jackendoff was awarded the Jean Nicod Prize in Cognitive Philosophy in 2003 and the David Rumelhart Prize in Theoretical Cognitive Science in 2014. He has been President of the Linguistic Society of America and of the Society for Philosophy and Psychology. The most recent of his fourteen books is A User’s Guide to Thought and Meaning (Oxford University Press, 2012).