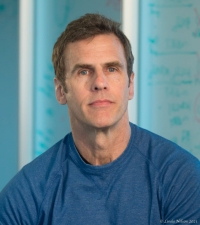 Read Montague is the director of the Human Neuroimaging Lab and Computational Psychiatry Unit at the Fralin Biomedical Research Institute at Virginia Tech,  where he also holds the title of the inaugural Virginia Tech Carilion Vernon Mountcastle Research Professor. Montague is also a professor in the department of physic sat Virginia Tech in Blacksburg, Virginia and professor of Psychiatry and Behavioral Medicine at Virginia Tech Carilion School of Medicine.  Dr. Montague’s research focuses on computational neuroscience: the connection between physical mechanisms present in real neural tissue and the computational functions that these mechanisms embody. His early theoretical work focused on the hypothesis that dopaminergic systems encode a particular kind of computational process, a reward prediction error signal, similar to those used in areas of artificial intelligence like optimal control. The Montague Lab uses theoretical, computational, and experimental approaches to the problems of mental health and its derangement by disease and injury. They recently pioneered new approaches to measure sub-second fluctuations in dopamine and serotonin levels in the striatum of conscious human subjects.

Dr. Montague introduces his talk "The Neural Underpinnings of Mindfulness" for the "Altered States of the Human Mind: Implications for Anthropogeny" symposium in March 2021.