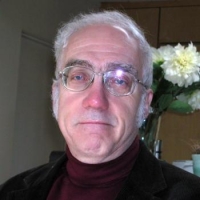 Richard Klein is Professor of Anthropological Sciences and Biological Sciences, Stanford University.  Dr. Klein focuses on the relationship between the evolution of human behavior and the evolution of the human form.  He has conducted paleoanthropological research in Europe and Africa since the mid-1960's, and he is currently directing excavations at a 300,000-year-old handaxe site in South Africa.  He has summarized his reading of human evolution in The Human Career: Human Biological and Cultural Origins  (University of Chicago Press, Second Edition, 1999).