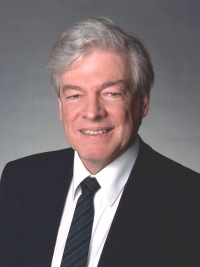 Robert D. Martin is currently A. Watson Armour III Curator of Biological Anthropology at The Field Museum, having recently stepped down from his previous position as Provost for Academic Affairs on August 31, 2006. He is a member of the Committee on Evolutionary Biology at the University of Chicago, Adjunct Curator of Anthropology at the University of Illinois at Chicago, and Adjunct Professor of Anthropology at Northwestern University. He originally trained in Zoology at the University of Oxford (UK) and subsequently developed strong interests in evolutionary biology, paleontology, behavior and conservation of primates. He has produced 260 scientific publications to date, including 66 peer-reviewed papers, 47 invited book chapters, 8 edited volumes and the textbook Primate Origins and Evolution (Princeton, 1990). He is an elected Fellow of the Institute of Biology (UK), the Zoological Society of London and the Anthropological Section of the American Association for the Advancement of Science, and was awarded a D.Sc. degree by the University of Oxford in 1995. Significant past appointments include: Senior Research Fellow, Wellcome Laboratories of Comparative Physiology, Zoological Society of London (1974-78); Visiting Professor in Physical Anthropology, Yale University (1975), Reader (1978-1982) and then Professor (1982-1986) of Physical Anthropology, University College London; Associate Professor, Musée de l'Homme, Paris, France (1983); Professor & Director, Anthropological Institute and Museum, University of Zürich, Switzerland (1986-2001).