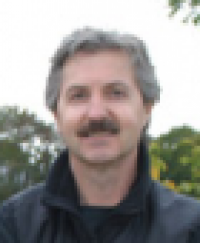 Robert Walter (B.A., Franklin and Marshall College; Ph.D. Case Western Reserve University) is a geologist, geochemist and geochronologist. He has conducted field research in East Africa, North America, New Zealand and Asia, and is a leading expert on timescale calibrations and the geological context of human antiquity. He was elected a Fellow of the California Academy of Science in 1995. In 2002-2003 he was awarded a Diplomacy Fellowship by the American Association for the Advancement of Science, through which he was a science analyst for the U.S. Department of State on complex humanitarian emergencies in Africa, the Near East and Afghanistan. In 2004-2005 he was awarded Presidential Fellowship and Visiting Professorship at Case Western Reserve University in Cleveland, Ohio. In 2005 he returned to his alma mater, Franklin and Marshall College, as a professor of geoscience in the Department of Earth and Environment, where his research interests include isotope geochronology, geochemistry, evolutionary timescales, climate change, landscape evolution, human interactions with the environment, and groundwater exploration. He is the author of over 80 scientific articles and has co-written and co-produced five documentary films.