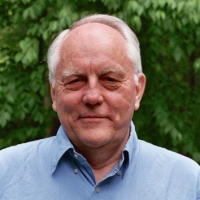 D'Andrade's work is notable for disciplinary and sub-disciplinary boundary crossing. He was an omnivorous social scientist whose work combined scientific rigor with deep thinking about how human beings understand their worlds and make them meaningful. His publications range from the philosophy of John Searle to color perception, from technical analyses of correlation and regression statistics to folk theories of mind. He insisted that anthropologists base their descriptions of cultural knowledge upon an understanding of the way minds work and that psychologists incorporate cultural meanings into their theories of cognition and motivation.

Within cognitive anthropology, he was a leading contributor to formal analysis of terminological systems but later recognized that these analyses were inadequate to represent cultural understandings, paving the way for the richer studies of meanings in cultural models analysis. He never considered cognition in isolation but saw it as intimately linked to values, motives, personality dynamics, and social relations.

One of D'Andrade's abiding concerns was culture theory. In The Development of Cognitive Anthropology (1995) he merged his long-term interest in cognitive models into a critique of "culture as a thing." His final paper, to be published posthumously, rethinks culture by focusing on intersubjectively shared lifeworlds, which vary within as well as among societies.

D'Andrade was born in 1931 and raised in Metuchen, New Jersey. After serving in the U.S. Army, he attended college at the University of Connecticut, where he met an assistant professor of anthropology who began as his mentor and became his lifelong friend, Melford Spiro. In 1957 he entered the Department of Social Relations at Harvard University and worked with John Whiting in what would now be called psychological anthropology, receiving his Ph.D. in 1962. His first academic position was at Stanford University, where he stayed until 1969. Following field research in Nigeria and Ghana and after one year as chair of Anthropology at Rutgers University, he joined the faculty in the newly founded Department of Anthropology at the University of California, San Diego, where he stayed until his first retirement in 2003. Subsequently, he returned to the University of Connecticut, where he continued to teach, supervise graduate students, and conduct research until 2008.

D'Andrade was elected a fellow of the American Academy of Arts and Sciences in 1990, and he became a member of the National Academy of Sciences in 1998. In 2005, he was honored with a Doctor of Humane Letters from the University of Chicago and received the Lifetime Achievement Award from the Society for Psychological Anthropology.

Those who knew Roy D'Andrade will miss him not only for his scholarly contributions and his sharp intellect, but also for his insatiable curiosity, his good humor, and his generosity in devoting his time to others, including the many students he mentored. He died at home in El Cerrito, California, surrounded by the love of his family.