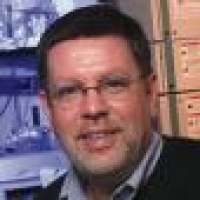 Dr. Stephen T. Warren received his PhD in Human Genetics from Michigan State University in 1981 and from 1981 to 1985 was a fellow at the University of Illinois College of Medicine. In 1984, Dr. Warren also was a visiting scientist at the European Molecular Biology Laboratory in Heidelberg. In 1985 he joined the faculty of Emory University School of Medicine as an Assistant Professor of Biochemistry and of Pediatrics. Currently Dr. Warren holds the William Patterson Timmie Professorship of Human Genetics at Emory, and is also Professor of Biochemistry, Professor of Pediatrics and Professor in the Winship Cancer Institute. In 1991 Dr. Warren was named an Associate Investigator of the Howard Hughes Medical Institute and was promoted to Full Investigator in 1995. In January 2001 Dr. Warren founded, as chairman, the Department of Human Genetics at Emory School of Medicine. Dr. Warren is a Diplomat of the American Board of Medical Genetics with specialty certification in both clinical cytogenetics and clinical molecular genetics. He is a founding Fellow of the American College of Medical Genetics and a member of the Human Genome Organization. Dr. Warren has held various committee memberships in the American Society of Human Genetics. He was elected to the Board of Directors in 1997 and elected President-elect in 2004. He serves, or has served, on the editorial boards of the major journals in human genetics and is the past chairman of the NIH Mammalian Genetics Study Section and of the NIGMS Working Group on the Human Genetic Mutant Cell Repository. In 1999, Dr. Warren assumed the editorship of The American Journal of Human Genetics. Among his awards are the Albert E. Levy Faculty Award from Emory University, the inaugural William Rosen Research Award from the National Fragile X Foundation, and a MERIT award from the National Institute of Health. In 1999, Dr. Warren was awarded the William Allan Award from the American Society of Human Genetics, the highest international award in human genetics, for his research on fragile X syndrome. In 2003, he was an inaugural inductee of the National Institute of Child Health and Human Development’s Hall of Honor for the “identification of triplet repeat expansion as the cause of fragile X syndrome and as an entirely new inherited mechanism of genetic disease”. In 2004, Dr. Warren was elected to the Institute of Medicine of the National Academies, considered one of the highest honors in the fields of medicine and health.