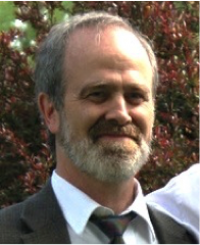 Terrence Deacon is chair of the Department of Anthropology at UC Berkeley and a researcher at the Helen Wills Neuroscience Institute. He received his PhD from Harvard University in 1984 and has served on the faculty of Harvard University, Harvard Medical School, Boston University, and UC Berkeley. He is a biological anthropologist known for research on human brain evolution, language function, cross-species fetal neural transplantation, and complex systems approaches to evolutionary theory. His 1997 book, The Symbolic Species: The Co-evolution of Language and the Brain (W. W. Norton & Company), was awarded the prestigious I. J. Staley Prize and his most recent book, Incomplete Nature: How Mind Emerged from Matter (W. W. Norton & Company), was published in 2012.